If Designing Women were still on the air, they would likely tackle the latest Confederate Flag kerfuffle. 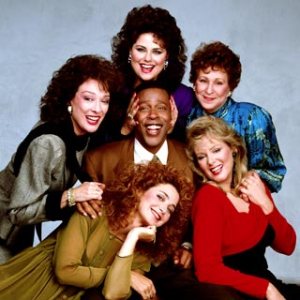 * Suzanne argues that the flag is about history and bad people are misusing it;

* Anthony makes barbed remarks about his own history and how he can’t tell good from bad flag flyers;

* Charlene tells a story about childhood interracial friendships that were discouraged by parents;

* Mary Jo talks about how history was taught in her high school,(that the Civil War was actually about States’ Rights and that Lincoln made it about the slaves), and that it took until she went to college to even hear, never mind consider, another viewpoint.

* Bernice interrupts to talk about her wacky family who fought on both sides of the war because they not only lived on the literal border between North and South, but also that her family was blue/grey color blind and thought they were all fighting against the French;

* Julia gives an impassioned bold speech (lasting half of a script page) about the many symbols of the South which should be embraced and held up as a fine tradition…but the flag should not be one of them.

*Then we return to the B-plot, which deals with some sort of wacky decorating hijinks.

(*Please do not tell me if this was an actual episode and I’m just recalling it. Actually, please do tell me. I’d like to watch it and also tell my brain to stop poaching material.*)