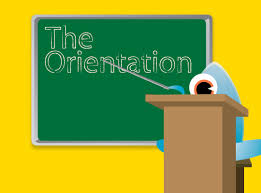 I was going to mash up previous titles and include “Dribs and Drabs” and “Asshole” but, you know, ew.

I was fresh off my car accident – one the ER doctor told me I should have never walked away from.  Not only was I lucky to walk, I was lucky to be alive.

I was fresh off quitting teaching.  I had attempted private school after eleven years in public school, thinking that would make a difference.  It didn’t.

I was ready to man up.

I was 35 and pushing back against a lifetime of programming.  ABD – always be doing.  Work is noble.  Working hard is nobler.  There is no choice.  Do what is asked of you.  That’s being a good employer, a good citizen.  Add teaching into that poisonous mix and you get noble guilt.  You work until you are ready to crumble because the kids need you.  The future rests on your shoulders.  What you do matters.  It is a higher calling.  Because I grew up with it, I was waking up at 4am to get to work by 5:30 and work straight through until 3:30, go home (unless I had play practice, in which case I was at work until 6) and work some more.  Grade, plan, execute, meet, repeat.  I was rewarded with more work, new preps every year (a “prep” is a separate course.  If you teach one class of Spanish and one of Math, you have two preps.  If you teach two classes of the same level of Spanish, you have one prep.)  My last year I had six preps, most of them I had never taught before.  I was gristled and angry and newly wed.  I cried a lot.

I signed up for Second City improv class on Thursday nights.

I had confidence that my age was a plus.  I had patience, perspective, experience, crows feet.  At least one of those had to be funny.

I looked forward to starting in early January with an odd mix of terror and belonging.

We had orientation the Sunday before classes started.  We were sent a last minute email to meet in the Mainstage Theater of Second City.  That’s a hell of an impression to start with.  I was beside myself just being able to spend time in that theater, wondering how many tushies had warmed those hallowed seats listening to the same welcome.  It was thrillsville.

I won’t apologize for my dorkitude.

It was just me and the bartenders hanging out in the lobby.  They were hard at work for what I now guess were Level D and E student shows that would start after our orientation.  The three black-clad ‘tenders (who I would later learn were in the Conservatory Program at Second City) were cracking wise about making Bloody Marys.

I tried not to laugh.  I failed.  They knew I was listening (I was the only on in the room beside them and it’s not like they were quiet.) They didn’t seem to mind.  I didn’t join in the fun like I normally would in that situation.  I can bit with the rest of ‘em.  I enjoyed the show.

I tried not to gaze adoringly at the photos of Steve Carell and Stephen Colbert that were hung haphazardly on the wall, pointed at and motioned to and jostled night after night by excited audience members claiming their Something-Other-Than-Bloody-Mary.  The Mainstage Theater and My Second Home  its lobby are smaller than the history it’s birthed.  How many people found joy here for a few hours or for a career?  This place, this serious business, this museum of wit, this place I wanted to curl up in and be my best me.

The work, the hope, the talent, the passion, the indignation (righteous and otherwise), the anger, the rebellion, the intimate unholy relationships with pop culture vibrated in every fiber of the frayed rug.  Every one.

Being in there in daylight was like seeing someone on a Sunday Morning Walk of Shame.  Poor Hungover Mainstage: still engaging, just in need of a shower and some quiet reflection over some greasy food.  Unvetted, raw, a little too much information packed into a small space.  Comfortable with it’s “last night” feel, ready to go at it again that night.

We were called into the theater to at about 10:45.  At that point, there were only ten of us chatting awkwardly in the lobby.  We had been watching the instructors go in and out of the locked theater door, knocking softly each time, mildly irritated by the inconvenience needed to be official (as opposed to the rest of us unofficial folks who were too gobsmacked by the whole thing to even consider knocking, never mind going in!)

I sat down center, right next to the stage.  I’m a teacher’s pet to the end.  I also didn’t have my glasses with me, so in the event I wanted to see anything or anyone, it was my best option.  I briefly panicked that Orientation would be like part of a show I’d seen there a few weeks before – Audience Participation required!  I didn’t want to be That Gal.  She’s almost always either giggling inanely or trying to outfunny the professionals.  I didn’t want to sit further back in the theater because (a) the seeing thing and (b) there were only 10 of us in the room fer chrissake.  That would have been awkward.

As a teacher I knew too well the politics of seating and the impression it gives.  I always studied intently where my students chose to sit on that first day before I assigned them seats.  Fascinating stuff.  Works for meetings too.  Try it!  The linkie is for offices.  If you’d like to find out what it means in a classroom, feel free to use the Google on your own.  I have faith in you.

I was glad I sat up front and didn’t have to filter information through the layers of nervous conversation, morning-after coffee slurping, panicky insta-friendmaking-so-we-don’t-feel-isolated-and-scared (we’d already taken care of that in the lobby, so I was good sitting with some chick who was my BF-until-end-of-orientation).  Also hazing up the place were mild strains of last-minute Marlboros and vomited PBRs and flop sweat.  A few folks tried to Febreze their way past their Saturday Night sins into feigned confidence.

People were really nervous.  Lots of leg bobbing going on under tables.

The male-to-female ratio was lopsided at best.  I vowed to let my single gal pals know how good the odds were at this place.  The room buzzed with energy that more than a little bit of sexuality.  Second City has its own hormones and phermones.  I call it Second City sex drive.  That place feels like one big unfulfilled engorged…you get the idea.

That dating drought I had in the late 90s and early 2K would not have happened if I had been brave enough to enter the monsoon of Second City ten years ago.

Orientation was all business and made little impression on me other than how unfunny and very much like a principal’s address it was.  I actually liked that.  There is a time for funny and a time for not funny.  I think you will hear that if you play this backwards.  Or if you read the unrated version of the Bible.  I think you can get it from a late night infomercial.

Here’s what I recall:

Then the folks in the writing program and the IFA (Improv for Actors…for them folks who were theater majors in college) went into separate break out session and the rest of us got a jolly, “See you this week!”

There was most certainly no audience participation.

I liked the meeting.  Big things were coming.

I looked around the room and wondered who in there would be a part of the rest of my life.